The Ecstasy of Saint Teresa is a slide projection of a pixelated detail out of Giovanni Lorenzo Bernini´s “Ecstasy of St. Teresa”.  Projected in an ovally golden picture frame, the adapted detail plays with the media strategy for hiding faces or people´s private parts in public representations and with the possible interpretation of the sculpture itself – between sensual and spiritual pleasure. Female sexuality and the idea of a woman as a saint. 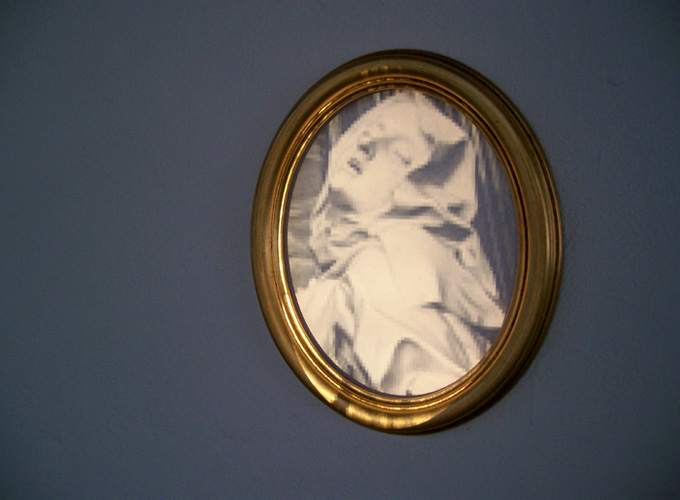 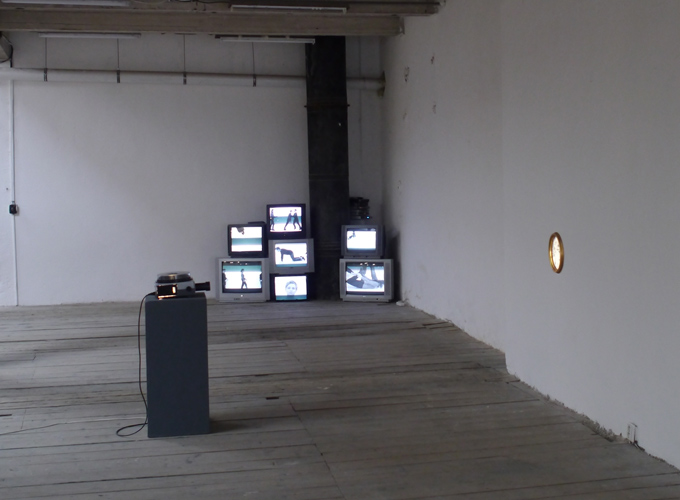