O.T. (with rose) was made for Puzzle – The collection exhibition from GfZK Leipzig and features two works of female artists, whom are within the collection. It is a screen-shot out of the video reenactment of Maria Lassnig´s “Selfportrait with rose” also inspired by Pippilotti Rist´s fotographie “I only have eyes for you”, playing with innocent fragility and prurience. 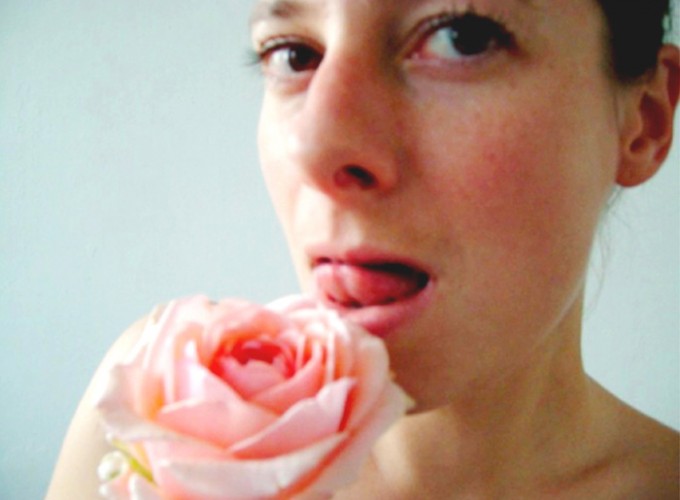 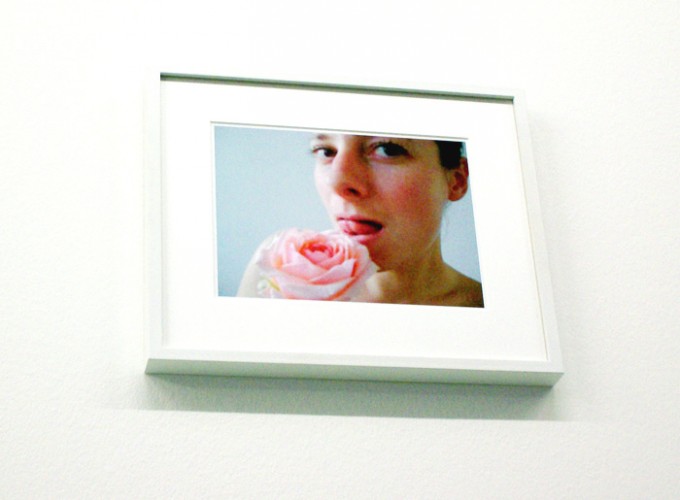 Bestand / Holdings is concerned with the question how many works from female and male artist exist in a collection´s holdings. 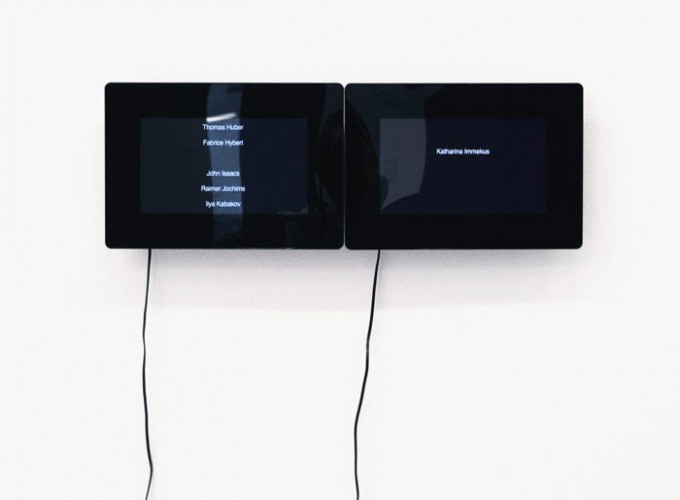 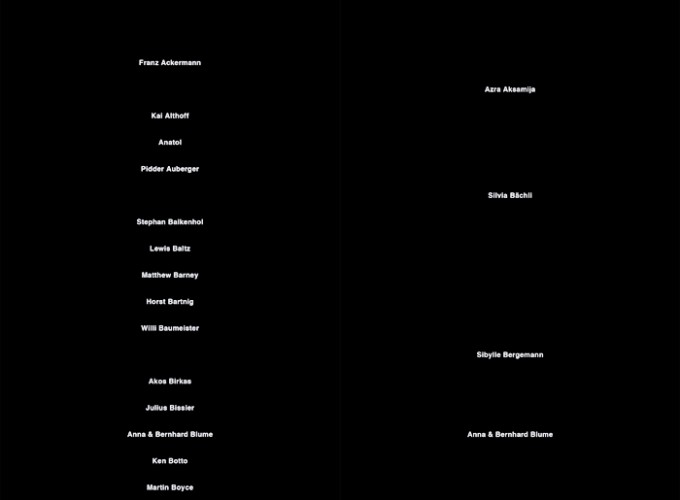 Really King Size – You´ve got balls! was built in February 2012 for the KingSize galerie exhibition series and shown in the display window next to cafè Cantona – a place where often football games are featured. The installation was realized in collaboration with Christine Malze, who made the shorts. 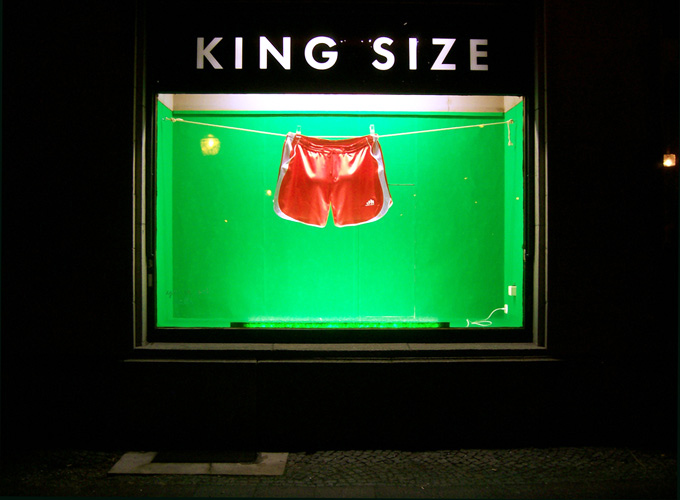 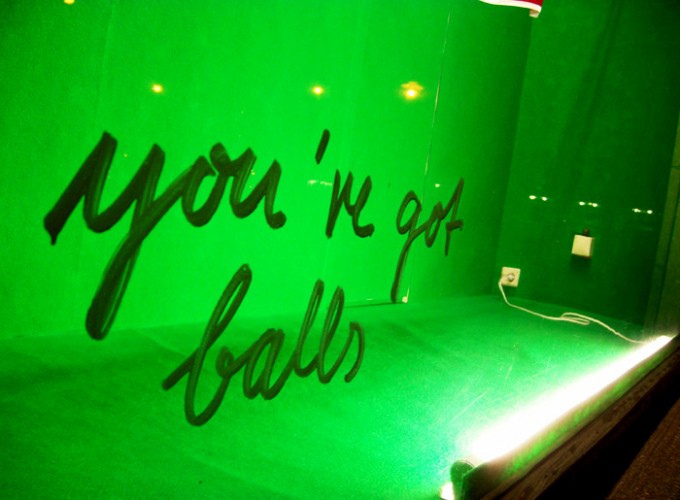 Frau am Meer / Woman by the Sea is a wall pencil drawing that gives space for everyone´s own imagination of a picture that could exist – There are numerous pictures and paintings under this title and it reminds immediatly on a stereotype painting of the Romantic era. How differ the images and imaginations from each other. 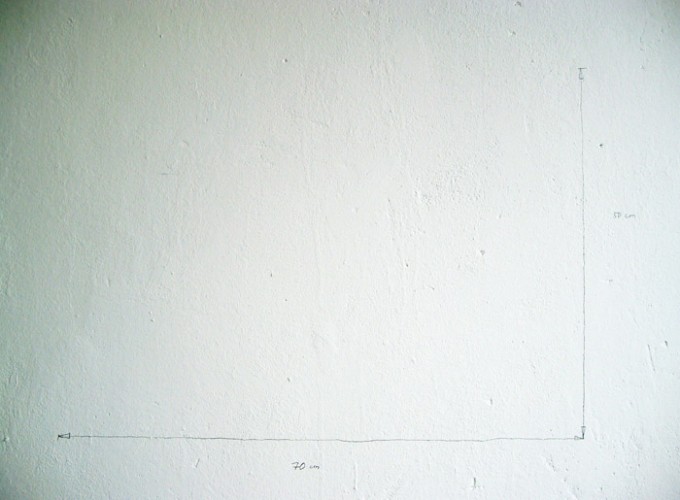 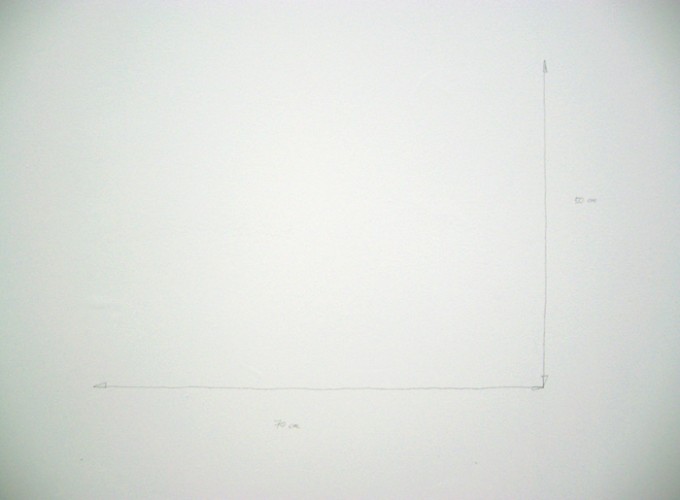 Everybody: A sheet of music displays the song “Everybody loves somebody” but without the actual musical score on the staves, only the lyrics below blank lines. Nevertheless the melodie sounds inside (almost) every-body, who is reading the words. 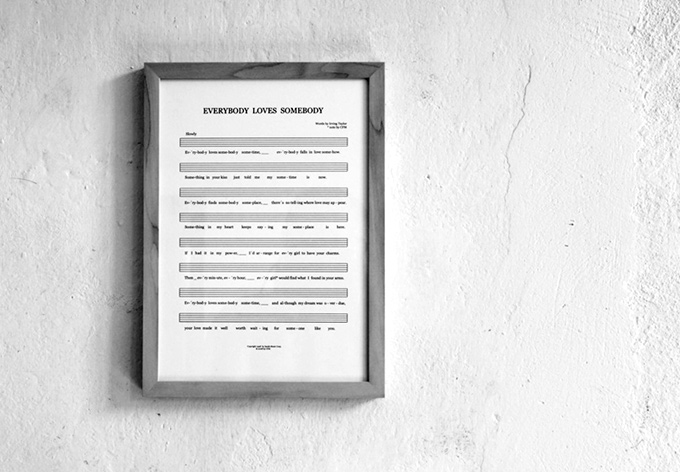 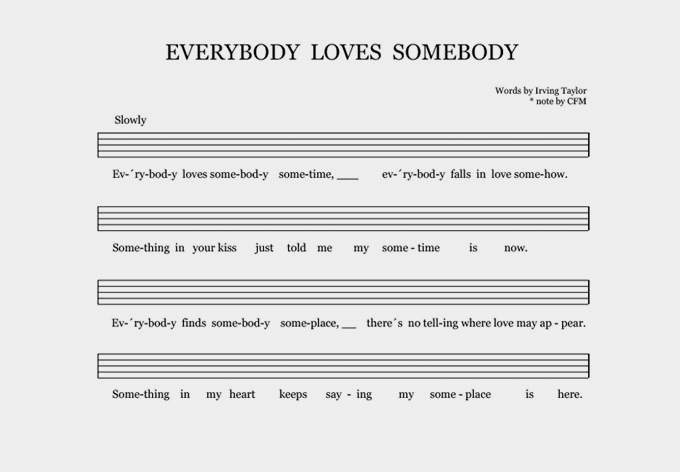 The Holodeck was built for the three times dramatic reading of Tim Staffel´s “Das Mädchen mit dem Flammenwerfer“ which was performed by students of the Academy for Music and Theater “Mendelson Bartholdy” at Leipzig´s off-space Cortex, in the presence of the writer. 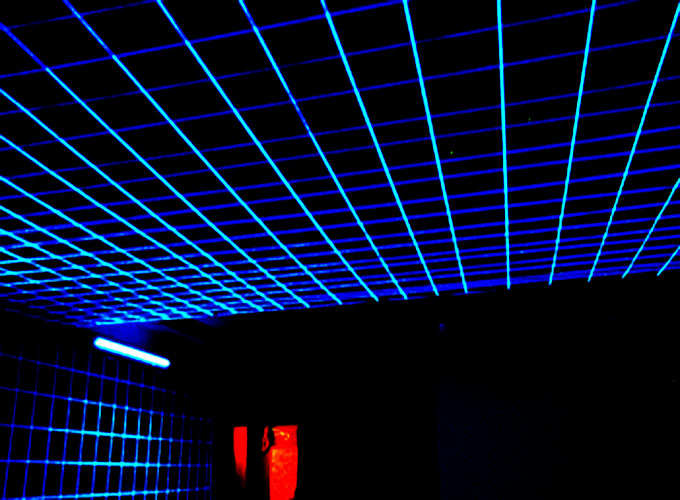 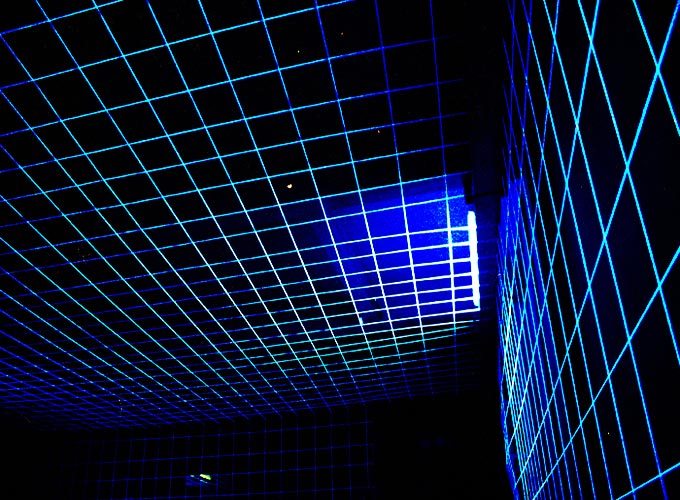 110 is a light installation in the public space, which sends out a blue light signal in the rythm of a rotating light, like an ambulance or police car. It was realized with Fred Froehlich for Attention! an exhibition of the intermedia class and later for Tatort (Scene of Crime) in the Museum of Fine Arts Leipzig. Picture no.4 by Fred Fröhlich. 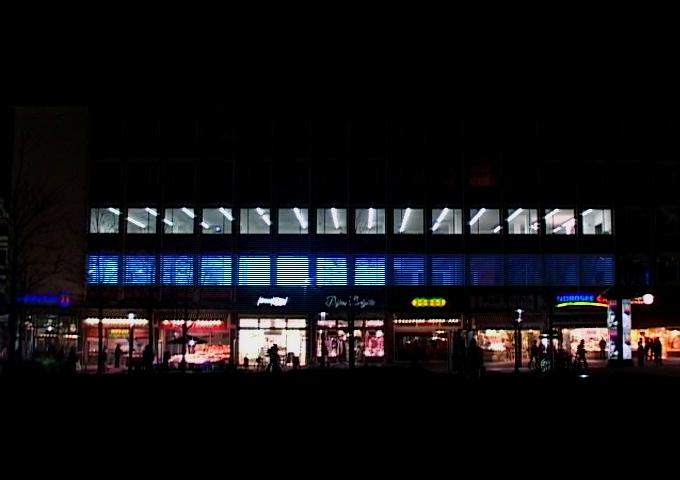 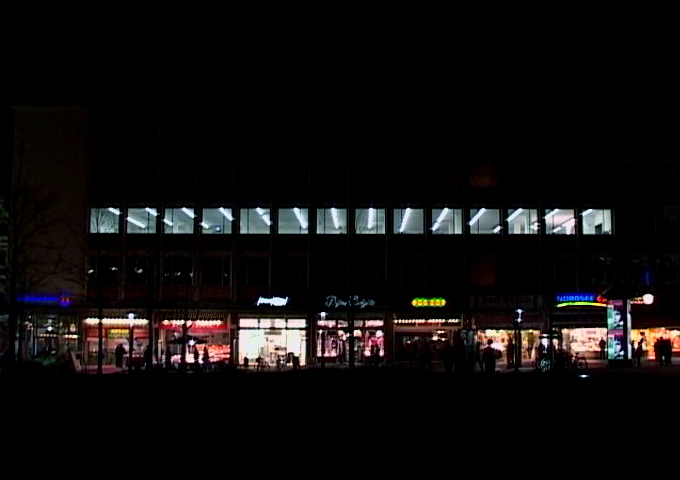 Anblick / Sight is a closed circuit video installation. The look inside a shining box meets the fotographed eyes of the artist as a reflexion. Behind the to-way mirror a camera records the sequence of the look inside the box and plays it on-screen as a loop, until another person looks inside. The reduced section concentrates on the eyes “as the window of the soul” excluding other personal atributes whom people usualy check in a mirror – like hair, clothes and figure. The view in the own eyes is unusual and its sight unexpected. 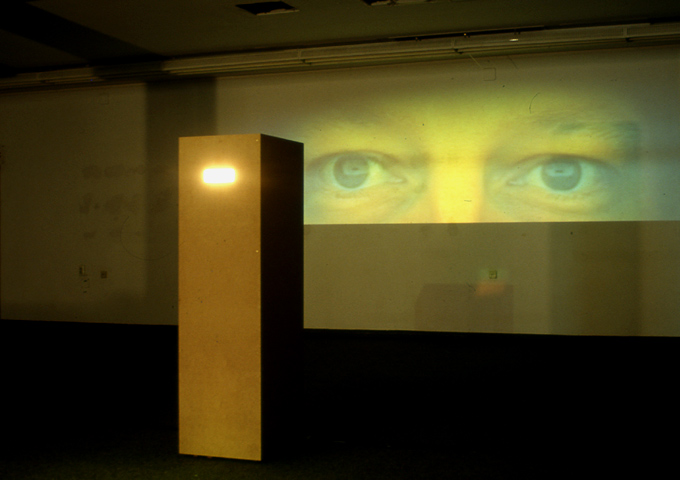 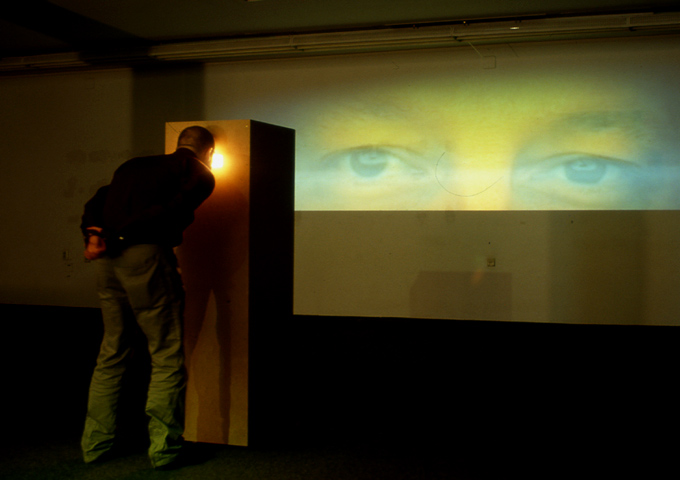 Grade is an interactiv light/sound-installation, where people trigger the light and an audio signal “bing” while passing the gate, combined with a random audio comment: too big, too small, too smart, too dumb, too large, etc. 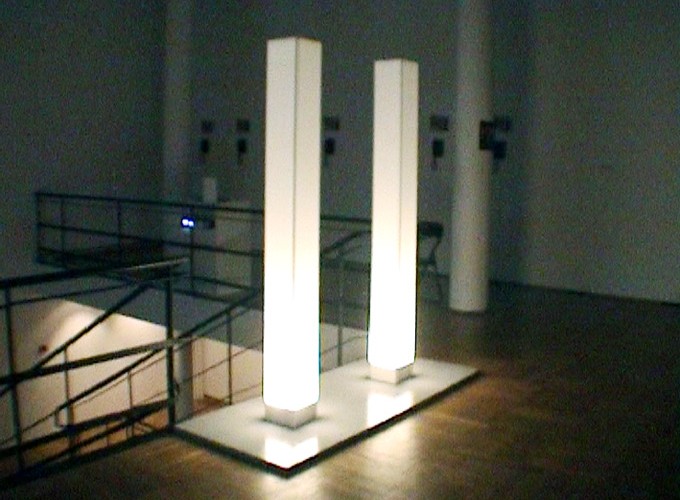 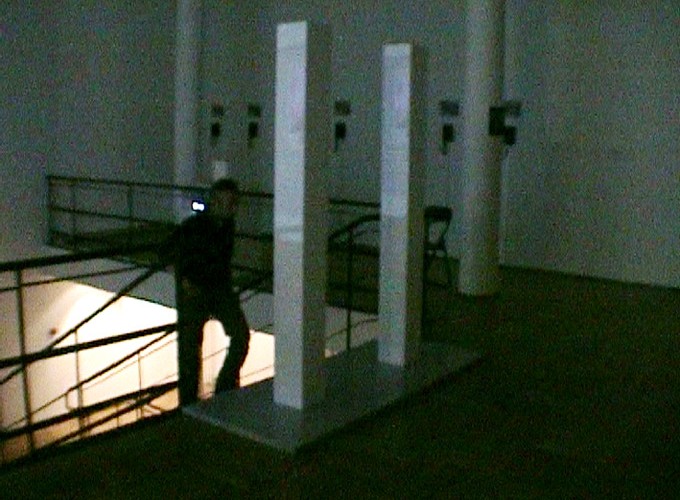 Following the exibition “The grass is always greener” in 2008 at art society Schloss Roederhof, CFM designed the associated black/white publication under the name of the exibition.