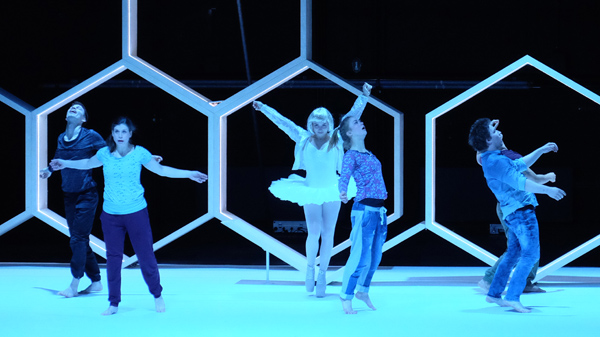 Crystal – Variations On Inebriation premiered in March 2014. The dance-theater play about searching and yearning, heavy shadows and rushing highs received the Prize of Sächsisches Theatertreffen 2016 and Theater der Jungen Welt Leipzig was awarded with the Theater Award of German Ministry for Culture and Media 2015 for a remarkable production in season 2014/15.